Published by Yoshiwara on 14 September 2016 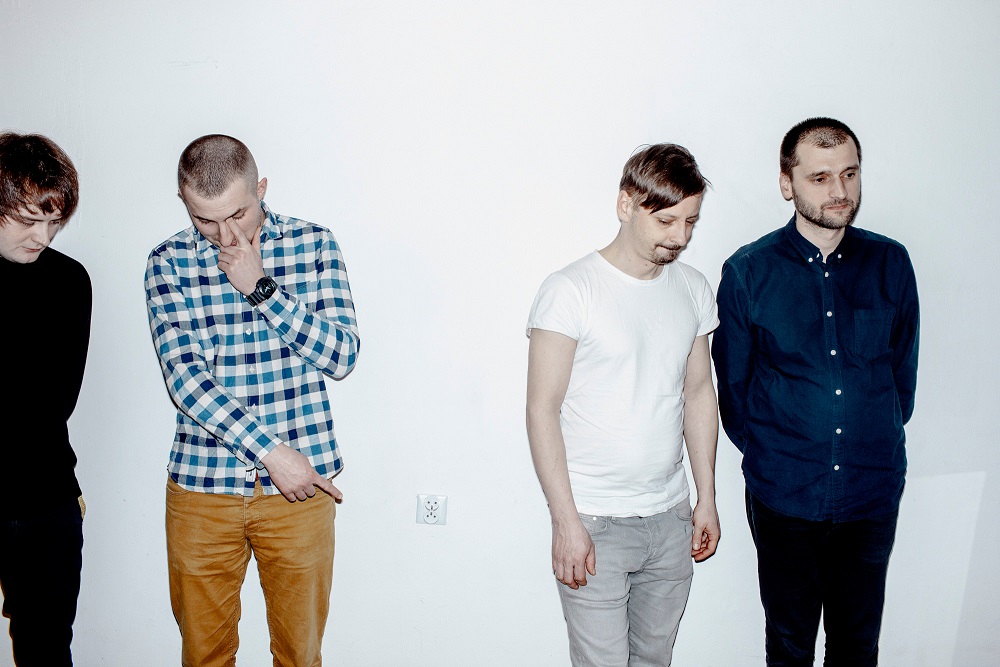 Trupa Trupa are Grzegorz Kwiatkowski, Tomek Pawluczuk, Wojtek Juchniewicz i Rafał Wojczal. Based in Gdansk, Poland, the band released their second LP “Headache” to much critical acclaim. A truly incredible album that conjures a psychedelic trip of darkness and tension although not without hope. Yoshiwara interviewed Grzegorz Kwiatkowski to shed some light on the darkness…

Greetings from Yoshiwara Grzegorz! Firstly, congratulations on “Headache”. It’s an exceptional album. Can you tell us a little bit about how the album came to be?

Thanks. Headache was recorded in 2014 at Dickie Dreams studio in Gdansk in Poland and it was produced by Michał Kupicz (mix and mastering) and Adam Witkowski (recording). It’s our third album. I have to say that we are really proud of it. In the past we had problems with the production, mix and mastering. Now everything sounds as it should.

It has received high praise in many reviews. How happy are you with it and the public response to it so far?

Trupa Trupa has never had a better coverage than now. Almost every day we have new voices, opinions, and reviews from many countries. The public response is great, but we know that it’s alternative stuff, so we are not talking about thousands of new fans. 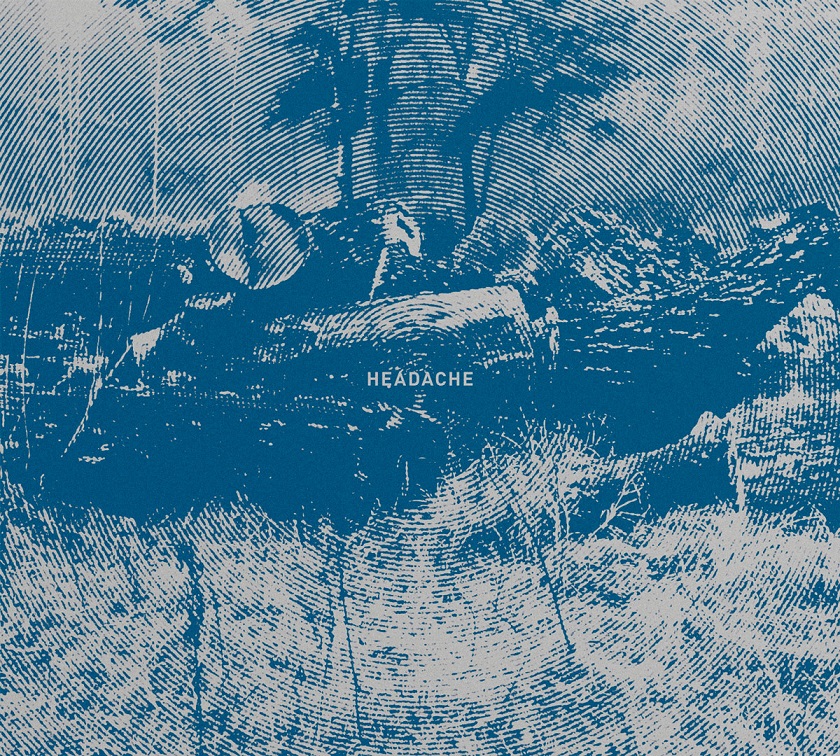 Knowing very little about your collective background, would you explain how and when you met? What brought you together as a band?

Most of us have known each other for a few of years. It’s a standard band situation. Half of our band are artists and friends from Art Academy in Gdańsk. And Rafał Wojczal and I just live in the same neighbourhood. I think that we all share the same musical roots. And it’s The Beatles and Velvet Underground. And also a similar point of view on life, rather pessimistic. So that’s how it is. We are just friends who played together since 2010.

Trupa Trupa has quite a unique sound. Bands like Slint and even Faust come to mind. Though I am reminded of these bands, Trupa Trupa sound altogether original. What are your roots and influences? For those who have never heard your music, how would you describe it to them?

As I mentioned before we all listen to the Beatles and Velvet Underground, but other influences vary. For example, Wojtek Juchniewicz loves Fugazi, Sonic Youth, Swans, same for Tomek Pawluczuk, and Rafał Wojczal enjoys Elliot Smith. I think the new album sounds like a mix of all those influences, and for me, it resembles in a certain way the sound of Lonerism of Tame Impala, or Magical Mystery Tour by The Beatles. Summing it up, Headache is a sort of pessimistic psychedelia.

That is quite a mix. In regards to crafting your songs, who comes up with the ideas, music. What is the songwriting process like for you guys? When you approach writing a song, how do you generally start?

You know, for us, the process of composing is on one hand intuition, but on the other it’s a process of friendship. It’s a lesson of democracy. Even if someone brings a song to the rehearsal, it stops being “his” the moment we start to play it. We thrive on intuition, always try to look at the composition from a different perspective, we twist the songs and sometimes turn them upside down. We mix a number of individual ideas into a single, coherent vision of a song. How do we start? For example, sometimes it can even start from a joke someone made on a rehearsal. It just happens.

The title track “Headache” was a complete revelation for me. I love the building tension and dizzying intensity of the song. How did “Headache” form a as composition?

“Headache” is a kind of song that was brought to the rehearsal by Wojtek Juchniewicz and then we all injected new ideas into it. It was mix of ideas built on a foundation settled by Wojtek. I love this track. I think it is the best track of the album.

It’s certainly my personal favourite on the album. Blue Tapes also commissioned the excellent video for “Headache” by Jason Williams (Hysteresis, Mothers of The Third Reich, Aeliopile). It’s quite a trip. How much input did you have on the development? Or was Jason given free rein to produce it? Were you all pleased with the results?

We gave Jason free hand. Trupa Trupa isn’t a producer of it. Blue Tapes produced it with Jason and we accepted it. Among the band, we all have different points of view on it. I can say that I really like it and it’s a good psychedelic video for such a song.

Any touring plans? Have you had the opportunity to play beyond Poland?

We played twice in Germany and we planned to go on mini tour with Blue Tapes in UK but unfortunately it didn’t happen. But we are open for opportunities abroad. We hope to play this new material in the UK or maybe in the States.

Let’s hope you make it over to the UK or Ireland soon. Regarding the new material, what’s been your experience presenting the songs live? What has the audience’s response been like so far?

The good thing about songs from Headache is that they are really long. They have the trance embedded in their structure – it makes us play them better and at the same time they can be appealing to the audience, even though the songs themselves might not be familiar. I must admit the response so far is really good.

Blue Tapes released Headache on cassette and cd in March 2015. It’s a great label with some fantastic releases under its banner. How did the alliance with Blue Tapes come about? Are you a fan of the cassette format?

David McNamee, the Blue Tapes owner, reviewed “++”, our earlier album, on 20jazzfunkgreats. Being really excited with what we achieved on it, he offered us to work with him on a next release. Of course, it is a great honour for us. We are really excited to be a part of such a great label with such great artists. For us, the whole story and the situation sometimes still does feel like fiction. We like the cassette format, but you should not forget that headache is also on cd and soon on vinyl.

That’s great news regarding the vinyl, will this also be released by Blue Tapes?

Yes. Blue Tapes will also release Headache on vinyl but not this year yet.

You mentioned earlier of Headache being a “sort of pessimistic psychedelia”, the lyrics are hinting towards the death of something. Are they intended to be universal, or do they relate to specific experiences? Do you find singing about them to be cathartic?

Songs can happen to be cathartic, but you know… these are just songs and we are just singing them. We don’t write them with any purpose or aim. We just do what we feel and like.

I must admit I don’t speak any Polish. What was the thought process behind singing all Trupa Trupa’s songs in English?

Most of us grew listening to English music and that’s why we sing English because we learnt the music this way. Polish language does not work well with the flow of guitar based music.

Living in Gdańsk, do you think the surroundings of the city have had much of an influence on Trupa Trupa’s sound?

Gdańsk is a rather pessimistic and rainy city so I think it’s got an impact on our music. Gdańsk is the city where philosopher Arthur Schopenhauer was born and lived for a while, and also the World War II began here. So it’s got a bit of pessimistic and post German atmosphere because in the past and before the war it was a German city with German culture.

“Music is the melody whose text is the world.”

There is some incredible music coming out of Poland, spanning all different styles. What is your view on the Polish music scene? Do you think it’s harder for Polish acts to gain the recognition they deserve?

Of course I like the parts of Polish scene. You mean about recognition of the Polish music scene for example in Europe? Of course it’s harder for Polish bands not only because of language but also because of music media and lack of listeners.

That’s a pity as the music is fantastic. Do you feel an affinity with any Polish bands, both past and present?

I respect Kristen, and also early albums of Armia, and I think that the best polish album is Ewa Demarczyk sings songs of Zygmunt Konieczny. Genius work.

I understand you are a poet. How does your poetry fit in with Trupa Trupa? Are the songs your poems or is this something altogether different? How do the experiences between mediums differ?

My poetry is very similar to Trupa Trupa’s atmosphere and it’s also rather pessimistic stuff. Being a poet helps in writing lyrics, but I am not the only one who does that. Wojtek Juchniewicz does too.

Returning to literature, what is the most compelling novel or poem you have ever read? What is the literary equivalent to Trupa Trupa?

There are four of us and everyone would have a different take on what could be our literary equivalent. For me, the most important book in my life is Magic Mountain by Thomas Mann. 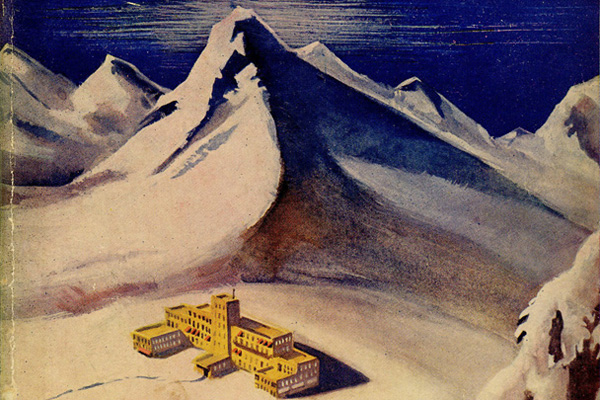 In terms of Trupa Trupa and your own poetry, what are you looking forward to for the rest of the year? What are you working on next?

As a band we’ve just started to work on our next album. We are composing new songs now. And in my poetry – I am working on the third part of my poetic trilogy of books. But I don’t need to hurry and neither Trupa. The new album seems like the beginning of 2017 and so does my book. All the time before that is just work, no new releases.

Thanks Grzegorz for answering my questions and the rest of Trupa Trupa for the amazing music. “Headache” and “++” have been constant companions to me of late. Although, I don’t feel pessimistic, your music more often than not, makes me smile and feel hopeful. The last words are all yours….

Thank You for this conversation and thank you for good words on our work. Hope that our future stuff will not disappoint you. Greetings.