The Collective interviewed by Luke Hayhurst of Northern Darkness Zine 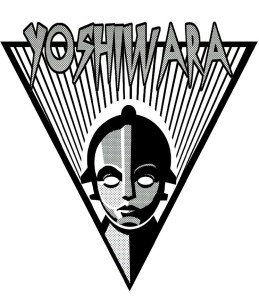 If it wasn’t for the Yoshiwara Collective there would not have been an OGRE feature in this issue. As thanks for that I figured why not chat to those involved…

Can you tell the readers the name of your label, how you came up with the name and your modus operandi?

ST 37 had just had two labels bow out of releasing their latest LP and 10” EP so the band included an advance of both recordings in the latest package of singles and soundtracks we imported from Texas. What we heard knocked us sideways. We had to make this happen on vinyl and give the band a long overdue push in Europe. It was, after all, a good ten years since the Black Widow pressing of “The Insect Hospital” DLP.

On a fateful shimmering evening, we gathered at a friend’s house after quite a few jars watching Rabid Bitch tear apart a local venue. We watched the seminal Fritz Lang silent film “Metropolis” and synched the aforementioned “Insect Hospital” DLP to enhance the experience. You see, the band had recorded an imaginary soundtrack to film with Sides C-D being a forty minute excerpt of it. We then played the ST 37 advance of “I’m Not Good” and a series of other heavy psych records into the small hours.

In the days that followed, we had numerous hazy flashbacks of the film. We discussed the imagery and thought that the infamous underground nightclub, Yoshiwara, was the embodiment of the seedy, strange and downright psychedelic music with which we wanted to tempt the populace.

As fate would have it, Cleopatra Records unexpectedly produced a contract for the licence of this ST 37 album just as we had begun discussing artwork and running order of songs to fit the format. Admittedly, it was only for CD and digital release although too good an opportunity for the band to turn down. Twelve months later, we continue to speculate if we will ever be permitted to see through the vinyl version!

But with the will to create mushrooming, the Collective agreed to continue regardless as a trio and unearth equally deserving bands under our warped banner.

GB – Danny had mentioned to Patrick and I that he was keen to release Ogre ”The Last Neanderthal” on vinyl. After a listen, I was very interested to hear a vinyl master of the material. As we were already geared up for ST 37, we simply put our efforts into this release as we felt it was worthy of the full vinyl treatment with a bonus 7” to give buyers of the CD version something exclusive.

Hearing and owning that test press made the Collective real for me and we then established a monthly vinyl night where we discuss future releases, listen to vinyl and of course drink fine ale.

PT – In my mind, the Collective’s existence and name stems from receiving a copy of the Texan Space rockers ST 37’s “Insect Hospital” record. I personally must have played it flat out for months and became a permanent in-patient at the Insect Hospital (with no sign of discharge)!

With the “Insect Hospital” having an excerpt of ST 37’s film score of “Metropolis” we thought it only fitting to screen the movie at a friend’s house accompanied with the new ST 37 album and soundtrack excerpt.

The night in question was a defining moment for us, as the movie was complete revelation! That night we also agreed to unite as a Collective with the aim of spreading the music we care about.

When it came to naming our label, the “Metropolis” movie really resonated with us. Over the weeks we were drawn to the imagery of “The Depths!” and the Yoshiwara nightclub. With the latter, we decided was a fitting name for the Collective and here we are.

Since you’re first days how do you feel that the label has progressed in terms of style of bands signed, size of the label and promotional impact?

GB – The label is relatively young and only really got going in November 2014 when the Ogre vinyl set was sent into production. We haven’t signed any band per say, as “The Last Neanderthal” was our first joint release with Pariah Child, and Ogre had already signed to Minotauro Records for the earlier CD version and back catalogue rereleases. To move from inception to remastering the Ogre vinyl for production and then manufacturing the Dementia Five cassette by June 2015 is pretty good going we think!

In terms of style, we are open to any style. We have a broad and eclectic taste in music. When we select music we have a very simple mantra: if we all like it, we will consider releasing it! It’s amazing how much good stuff there is out there that fits the bill.

The size of the label is tiny but building up a head a steam in terms of ideas and direction, which is not restricted to releases. We are exploring print media, have a growing number of distro items and would like to expand to gigs.

The promotion we have done through Facebook has reached worldwide readership. Unsuspecting channels, such as eBay, have even helped us reach further too. We have already shipped our releases to Latvia, Thailand and Mexico…

But it can’t be underestimated the knowledge and attention we have received with Danny’s involvement.  He has by far the most experience of the Collective (take a bow Danny) with a number of releases under the Pariah Child moniker not to mention the “Masters of the Pit” Zine penned in collaboration with Hell Bent for Metal. That expertise has saved a lot of time so we were able to dodge any mistakes and get on with releases.

Promotion has been slow but steady. We are trying to build up a one to one contact with distros and labels and do not want to lose that, after all, we are fans first and foremost and like talking to other fans.

PT – Since November 2014 we have progressed massively, maybe not in terms of the number of titles we have released but with the forging of links with bands, labels and distributors. This has been invaluable and I personally have been amazed by the kind responses from other labels. This should hold us in good stead moving forward with the initial ground work done. Starting out as an unknown entity, the fact Northern Darkness zine is even interviewing us represents a massive leap forward. Cheers Luke. We after all came from the Depths!!!

Regarding promotional impact, from being hesitant about using social media at the beginning, we have steadily seen it as a positive force in reaching out to other individuals, bands, labels and distributors. As a label, we learned quickly the need to operate in the present. I myself have become addicted to checking out all the latest updates/tweets and am never off the phone. Balanced with this, we value the one on one contact. Collectively, we’ve always appreciated the labels that give you that personal contact and dialogue, that’s one quality we wish to encompass.

We have also been fortunate with calling in the help of friends with our artwork for the label. Will Broadbent of the mighty OGRE designed the Collective’s logo and Alfie Gallagher designed artwork for our promotional material and zine. Will and Alfie have been massive Yoshiwara allies and have, in turn, shared our label with all their friends and followers. Their artwork has also given us a recognisable image to build upon. 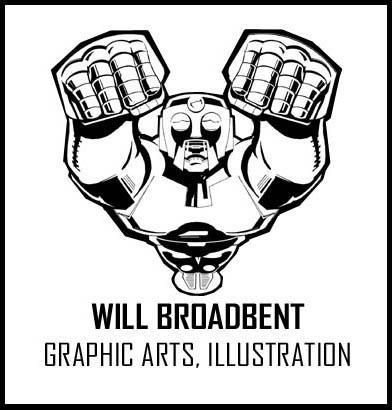 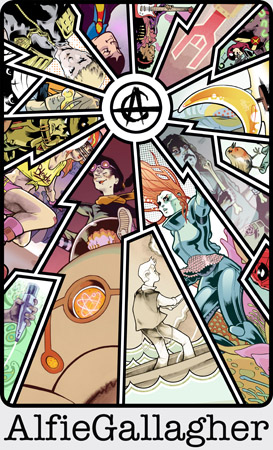 DA – As both Garry and Patrick have explained, this is very much only the beginning for the Yoshiwara Collective! Three releases in, on three different formats, we are actively developing at least two further titles out of abundant possibilities, our first print publication is amassing content and we have been discussing other ways through which we can create a living, breathing hub.

Regarding style, Pariah Child had already committed to releasing the Ogre LP before the three of us came together and you might say the band fit very well with the other US troops on my recent roster: Argus, Revelation and Second Grave. Prior to that, my first releases were quite different via the improvised psychedelic rumble of Gnod and instrumental space rock of Oresund Space Collective. Heathendom was epic with a dark King Diamond twist. Personally speaking, I remain open and would like to explore more unusual sounds going forward.

Returning to style in the here and now, the Yoshiwara Collective crucially helped elevate and accelerate a cool album into a lavish double format. New vinyl master, heavyweight coloured wax, a second obscure and exclusive cover for the B-side of the 7″ single housed in it’s very own picture sleeve. An incredible concept really, lovingly executed and worth every penny we spent making it happen.

Dementia Five was a natural extension of this project given that the band shares a drummer and guitarist in common with Ogre yet the music is much more psychedelic! To be perfectly honest, I had no idea it was coming and the very first time I heard the album I had to have it on repeat all day.  A late ’60s, early ’70s bad acid trip! Somehow, it felt perfect for cassette and we agreed it should become the first step in our Explorations series we had already been considering. In the spirit of the classy Ogre coloured double vinyl, the shell matches the red in the artwork and I asked a local graphic designer to hand make red slipcases to Yoshiwara specification. It’s all about style. Stylish music in stylish presentation. We will build upon that! 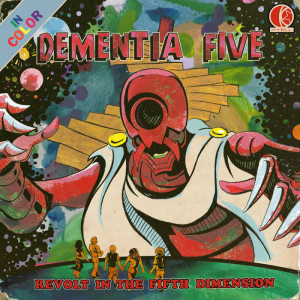 Size and scale, as a label, however, are less important. This is not a business and we have no delusions of living off our labours. It’s about pleasure and experience in our hub of activity. But we work hard and will do our best by the bands. Sales and distribution is not enough. Today I began posting out some proper promo packs to select writers at my own expense. We will reinforce this with some digital promotion too although in my experience the finished article needs to be seen and felt alongside hearing the music to experience the true Depths! I just hope they will be as appreciative and supportive as you have been, Luke. Cheers! 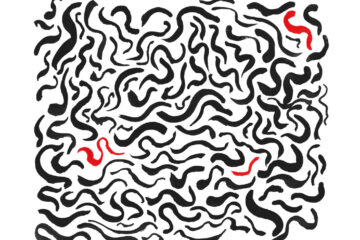